Metal Buildings design from Havit Steel provides an optimized solution for your project. Our professional team is ready to serve any buildings. We can provide you with the most efficient design and construction plan, which is fast and smooth to complete construction for your steel building projects.

The steel structure warehouse building designed by Havit Steel provides customers with ideal storage and cargo management solutions. With the…

Prefab metal building is customized steel structures according to customers' architectural and structural requirements. All components are produced in the…

The Steel Structure Frame Building is composed of steel beams and steel columns. The steel frame can withstand the vertical…

The garage is an essential part of your property. Now almost every family has a car. The durable Metal Structure…

The main load-bearing component of a steel structure warehouse is a steel frame, including steel columns and roof beams. After…

Compared with traditional concrete buildings, metal structure buildings use steel plates or section steel instead of reinforced concrete, higher strength, and better seismic resistance. And because the components can be manufactured in factories and installed on-site, the construction period is greatly reduced. Due to the reusability of steel, it can greatly reduce construction waste and become more environmentally friendly. Therefore, it is widely used in industrial buildings and civil buildings all over the world.

Advantage
1. Greatly save construction time. Construction is not affected by the season
2. Increase the use area of buildings, reduce construction waste and environmental pollution
3. Building materials can be reused, stimulating the development of other new building materials industries
4. Good seismic performance, easy to transform, flexible and convenient in use, bringing comfort and so on
5. High strength, lightweight, high safety and wealth of components, and lower building cost

Disadvantages:
1. Heat-resistant and non-fire-resistant, fire-resistant coatings are required
2. It is susceptible to corrosion, and the surface needs to be coated with anti-corrosion coatings to reduce or avoid corrosion and increase durability

We Are Here To Serve Any Type Of Metal Buildings

Please contact us. There’s a lot we can do for your steel building projects, small or large. Our team will provide you with the best quality construction solution

The 2022 Beijing Winter Olympics will be held perfectly and bring a visual feast to the world. While enjoying the dinner of the Winter Olympics, the competition venues with different shapes also left a deep impression on everyone. What are the secrets of the heavy steel structures?

To fully reflect the concept of green and low-carbon hosting of the Beijing Winter Olympics, the construction of the Beijing Winter Olympics venues includes auxiliary facilities. The primary materials used are high-quality steel with high strength, toughness, and high corrosion resistance. The total amount of steel used in constructing the Winter Olympics venues and main supporting projects exceeded one million tons. Many large iron and steel enterprises in China and some enterprises with particularly competitive advantages have participated in guaranteeing the supply of steel for the Olympics. By participating in the guarantee of the collection of steel for the Winter Olympics, the adjustment and upgrading of the structure of steel varieties have been promoted. For example, the heavy steel structures have replaced the original reinforced concrete, and the use of higher-strength steel has brought about a reduction in steel production. Doubling the strength of steel means that its dosage will be reduced by half, and if its corrosion resistance is doubled, its life will be doubled. It can be seen how significant this is for energy conservation and environmental protection.

Those heavy steel structures in the Beijing Olympic Games

The core key project of the Beijing Winter Olympics – the National Snowmobile Sled Center (“Snow Dragon”) project mainly includes the main track, training track and auxiliary buildings, etc. It is the most challenging design and construction project for the 2022 Winter Olympics. It is because of the most complex facility. What’s more difficult is that “Xueyoulong” is in direct contact with the air, and the surface needs to be anti-replicating ice, which requires that the steel plate on which “Xueyoulong” is laid must have strong “atmospheric corrosion resistance.” In response to such a demand, experts applied to weather steel to the snowmobile track for the first time. Weathering steel is a steel that is resistant to atmospheric corrosion. It is low-alloy steel between ordinary steel and stainless steel. Its atmospheric corrosion resistance is eight times that of common steel. According to reports, “Xueyoulong” used 1,200 tons of weathering steel for race tracks, and the National Alpine Ski Center also used more than 6,000 tons of weathering steel for construction for the first time. 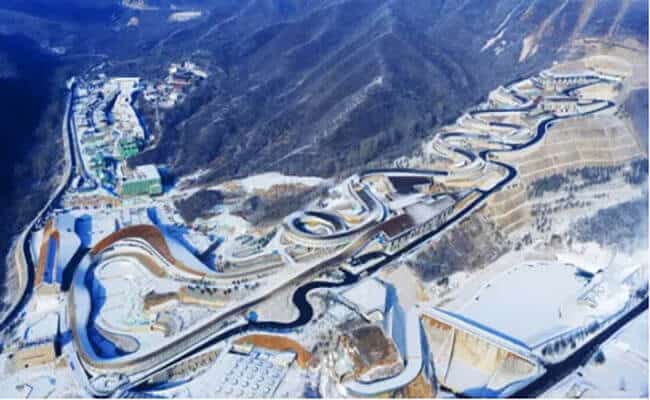 Beijing Winter Olympic Village is about 2 kilometers away from the “Bird’s Nest,” “Water Cube,” and the National Gymnasium, and about 4 kilometers away from the “Ice Ribbon” of the National Speed ​​Skating Stadium. Athletes take the shuttle bus from the Winter Olympic Village to the competition venue in two or three minutes. ; It is only more than 20 kilometers away from the competition venue of the Shougang Ski Jumping Project, which is the farthest, and it takes about half an hour by car. Beijing Winter Olympic Village adheres to long-term use design and construction concepts. After the game, it will be used as public rental housing for talents in Beijing, and it will be allocated to skills that are in line with the strategic positioning of the capital city. 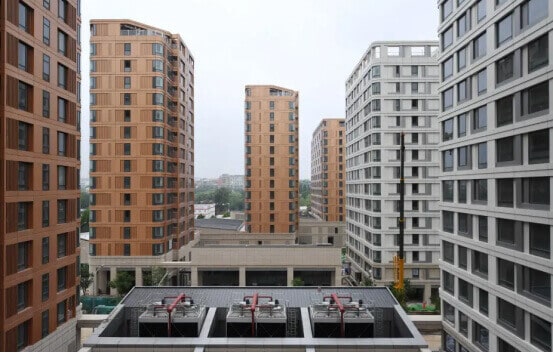 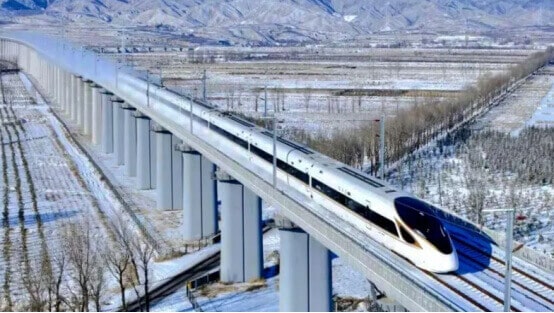 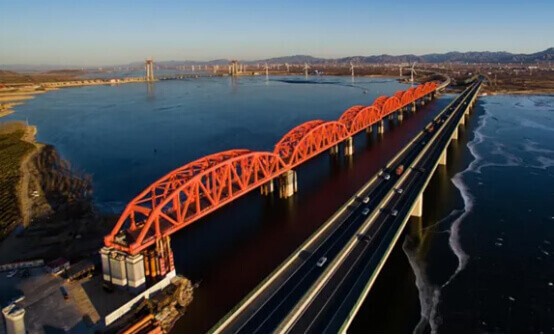 The Shougang Ski Jump is the only snow sports venue located in the urban area of ​​the Beijing Winter Olympics, and it is also the world’s first permanent ski jump venue. It relies on industrial relics for construction, and its shape design incorporates the “flying sky” element in Dunhuang murals, a well-known world cultural heritage in China. Its meaning is similar to the English word Big Air of the ski jumping platform project, both of which have the sense of leaping into the air and flying. The curve of the flying streamer is very consistent with the curve of the center of the Shougang ski jumping platform. The shape of the building is very beautiful and smooth. Different parts of the Shougang ski jump platform have different special requirements for the performance of steel. For example, the main support structure of the big jump platform must be able to resist strong winds of magnitude 12 and earthquakes of magnitude 8. In addition, the steel structure track of the big jump platform needs to solve the world problem of severe corrosion by repeated use of the snow-melting agents. Because of the requirement of permanent preservation and use, the structure is required to be safer, the shape is more beautiful, and the maintenance is more accessible. We have used seven high-performance steel, five of which are used for the first time in China. 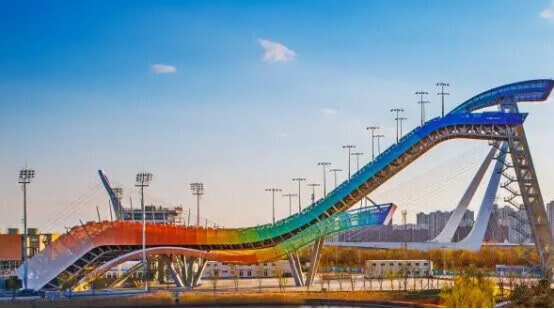 In addition, another advantage of using high-quality steel is that it has changed the practice that steel used in construction needs to be regularly painted to prevent corrosion, thus significantly reducing the environmental pollution caused by paint.

One of the Beijing Winter Olympics highlights is the “green Olympics.” To reflect the concept of environmental protection, the national speed skating stadium, known as the “Ice Ribbon,” has become the first-speed skating stadium in the Winter Olympics to use carbon dioxide as a refrigerant. The total length of the stainless steel refrigeration pipes is 120 kilometers, which puts forward very high requirements on the processing accuracy of the steel.

The ice surface of the National Speed ​​Skating Stadium has the lowest ice surface temperature among all the Winter Olympic venues. According to the requirements of the competition, the temperature difference of the entire ice surface should be controlled at 0.5 degrees Celsius. Carbon dioxide is gaseous at standard temperature and pressure. Still, after applying specific high pressure, Carbon dioxide will become fluid in a critical state. These fluids are transported to the refrigeration pipes under the ice surface through stainless steel refrigeration pipes to achieve the purpose of cooling and refrigeration. If the ice surface temperature is uneven, some places are complex, and some areas are soft, which will affect the players’ performance. Therefore, our stainless steel pipes are used as fluid conveying pipes, and the dimensional accuracy of the products must be ensured.

Below the ice surface of the “ice ribbon,” layers are laid like “thousand-layer cakes.” Moreover, the welding between the 120 kilometers of stainless steel refrigeration pipes in the entire ice rink is very critical, especially for the steel pipes of different diameters and lengths, which need to be bent into different arcs, so the requirements for the accuracy of the steel pipe dimensions are also more stringent.

In the steel pipe straightening process, we used a high-precision straightening machine for the first time, and it was repeated twice. As a result, the connection between them can be highly matched to ensure the flow and flow rate of liquid carbon dioxide during the flow process and the fastest ice temperature.

All the prefabricated steel structure building components are produced in the workshop and installed on the construction site. Therefore, the…