Metal Buildings design from Havit Steel provides an optimized solution for your project. Our professional team is ready to serve any buildings. We can provide you with the most efficient design and construction plan, which is fast and smooth to complete construction for your steel building projects. 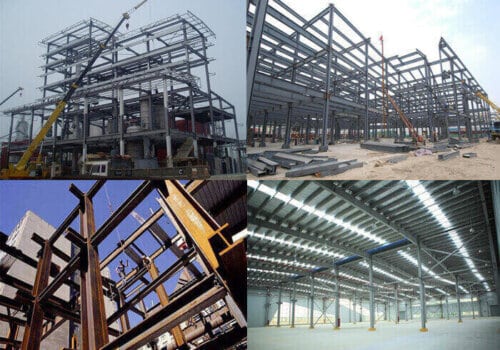 Steel Industrial Building designed from Havit Steel is an efficient solution for industrial facilities, whether you need to build manufacturing… 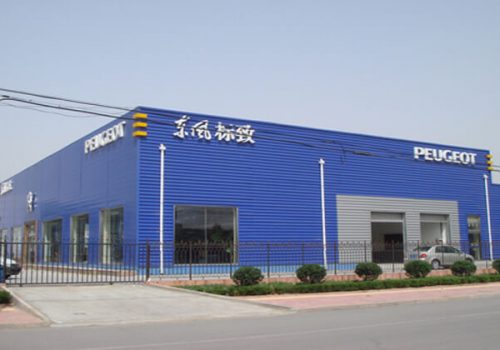 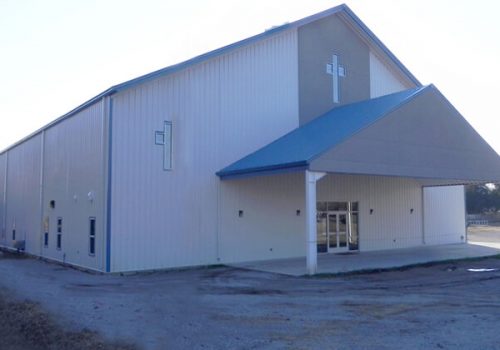 Steel Church Building design and fabricated by the prefab steel structure, it will provide congregations with a durable and more… 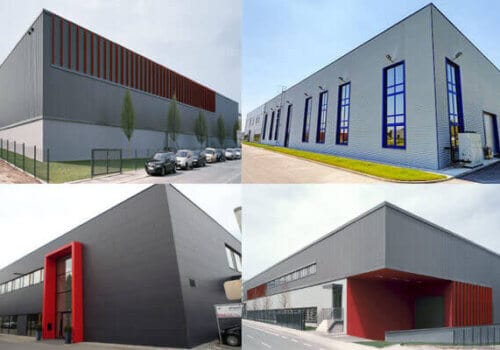 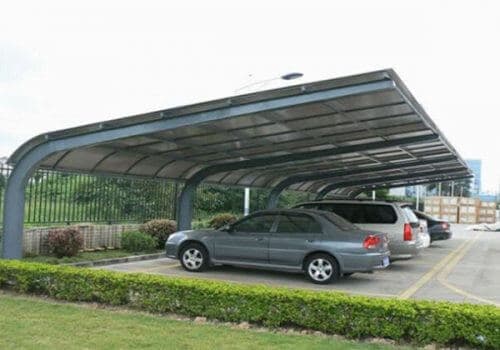 With the rapid development of modern society and the economy, the number of car owners has continued to increase. At… 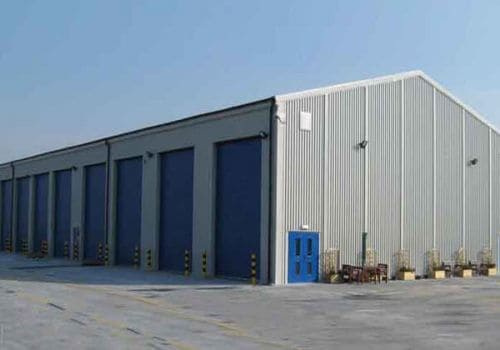 Steel garage building is an essential addition to any home or company, which adds home storage and protection to vehicles.… 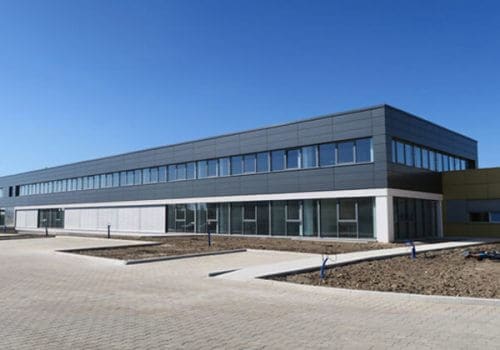 Metal structures are an effective solution for office buildings. Each office has its unique design elements, and our engineers will… 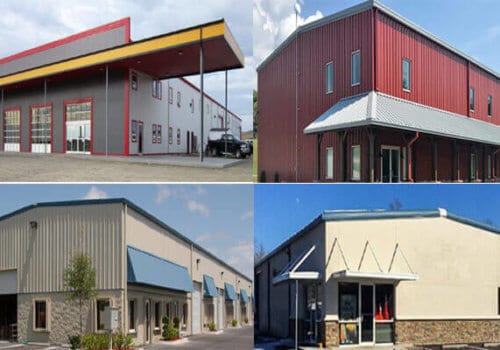 We offer steel retail buildings to help customers integrate all your local needs, and we can design the perfect layout… 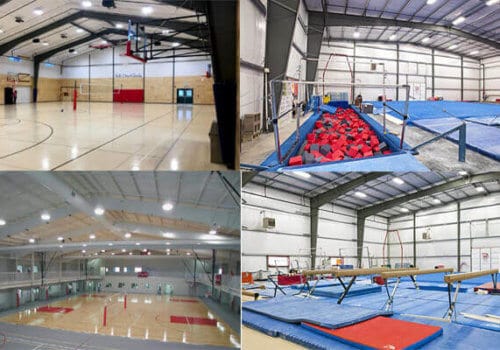 Steel structures lead the way in terms of efficiency, durability, and versatility. When you want to build a steel sport… 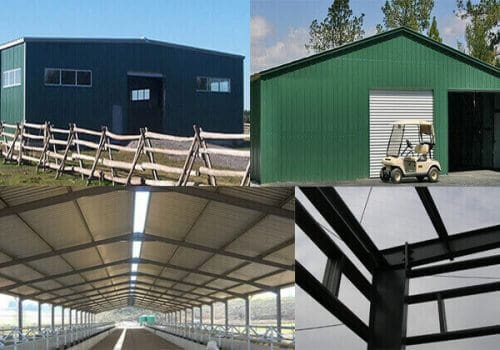 There are more and more Agricultural Steel Building on the farm, and customized steel structure building manufactured by Havit Steel… 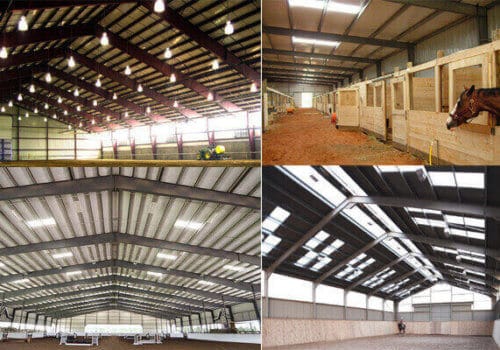 Prefab Steel Building is an ideal fit for the horse stable, which is an excellent choice to house your horses.…

Compared with traditional concrete buildings, metal structure buildings use steel plates or section steel instead of reinforced concrete, higher strength, and better seismic resistance. And because the components can be manufactured in factories and installed on-site, the construction period is greatly reduced. Due to the reusability of steel, it can greatly reduce construction waste and become more environmentally friendly. Therefore, it is widely used in industrial buildings and civil buildings all over the world.

Advantage
1. Greatly save construction time. Construction is not affected by the season
2. Increase the use area of buildings, reduce construction waste and environmental pollution
3. Building materials can be reused, stimulating the development of other new building materials industries
4. Good seismic performance, easy to transform, flexible and convenient in use, bringing comfort and so on
5. High strength, lightweight, high safety and wealth of components, and lower building cost

Disadvantages:
1. Heat-resistant and non-fire-resistant, fire-resistant coatings are required
2. It is susceptible to corrosion, and the surface needs to be coated with anti-corrosion coatings to reduce or avoid corrosion and increase durability

We Are Here To Serve Any Type Of Metal Buildings

Please contact us. There’s a lot we can do for your steel building projects, small or large. Our team will provide you with the best quality construction solution

The type of steel building structures includes the portal rigid steel frame, frame structure, truss structure, and grid structure. The advantages and disadvantages of different structural systems vary, and the forms of stress are also different.

Features and applications of the standard type of steel building structures:

The portal steel frame comprises a hot-rolled or welded section steel, cold-formed C/Z steel, and steel pipe as the main force-bearing components and adopts a light roof and wall structure. The Portal frame is the most common form of the light steel structure.

The rigid portal frame is a structure in which beams and columns are rigidly connected. It has the characteristics of simple structure, lightweight, reasonable stress, simple construction. Therefore, it is widely used in industrial, commercial, agricultural, and Institutional Buildings.

The steel frame structure is composed of steel beams and columns that can withstand vertical and horizontal loads. Columns, beams, bracing, and other members are rigidly or hingedly connected to form a flexible layout and create a larger space. It is widely used in a multi-story, high-rise, and super high-rise buildings, commercial office buildings, conference centers, and other buildings.

The steel truss structure is made up of several rods hinged at both ends of each rod. It can be divided into plane truss and space truss. According to the parts section, it can be divided into tube truss and angle steel truss. The truss is generally composed of the upper chord, lower chord, vertical rod, diagonal web, and inter-truss support. The amount of steel used in trusses is less than that of solid web beams, the structural weight is lighter, and the rigidity is greater.

The advantage of the steel truss is that it is used to form more significant members with smaller cross-sections. It is often used in roofs, bridges, TV towers, mast towers, marine oil platforms, and tower corridors of industrial and civil buildings.

The grid structure comprises many rods according to a specific rule, with small space stress, lightweight, high rigidity, and excellent seismic resistance. It is used as a gymnasium, exhibition hall, aircraft hangar.

The composition of the portal frame steel workshop system:

The composition of the steel frame structure

For the steel frame structure, with the increase of the number of layers and height and bearing a large vertical load, the lateral resistance (wind load, earthquake action, etc.) requirements become the primary bearing characteristics of the frame.

Frame bracing structure: The frame is composed of columns and beams, and bracings are provided between the columns to resist lateral forces.

Frame shear wall structure: similar to the frame bracing structure, except that the bracing is replaced with a shear wall to resist lateral forces.
The shear wall is generally a concrete slab or steel plate, or a steel-concrete composite structure with better lateral stiffness than bracing and is more flexible in layout, suitable for higher building structures.

Frame tube structure: The structure is generally composed of a reinforced concrete core tube and an outer ring steel frame.

The composition of the steel truss structure

The truss is a structure formed by a plurality of rods hinged connected at each rod’s end and divided into a plane truss and a space truss. The sectional form of the parts includes tube truss, H-shaped steel truss, box-shaped truss, angle steel truss, etc. The truss is generally composed of upper chords, lower chords, vertical rods, web rob, and bracing between truss. The amount of steel used for the truss is less than that of the H beam, the structure has a lighter weight, and the rigidity is greater. It is widely used in high-rise buildings, large-span structures, and bridges.

The composition of Steel grid structure

The steel structure building uses advanced design and processing technology and large-scale production methods so that the cost can be greatly reduced. Simultaneously, due to the simple and rapid installation, it saves many construction costs and enables enterprises or developers to put into production more quickly.

Traditional reinforced concrete buildings have a high civil construction cost and a long construction period. The cost is susceptible to unpredictable factors, such as natural disasters, construction in winter and rainy seasons, and rising material prices.

The steel structure building can be delivered and installed quickly. The installation is expected to be completed within four or five months after the contract is signed, and it is basically not affected by winter construction.
The construction speed of traditional reinforced concrete structures is slow, and the construction period can reach 8-10 months or longer.

The weight of the steel structure building is usually only equivalent to 1/6 of its design bearing capacity. The weight of components is much lighter than that of reinforced concrete components.

In traditional reinforced concrete buildings, the structure’s weight is often equal to its designed load-bearing capacity, and the prefabricated components are heavy, which requires high equipment for lifting.

Due to the lightweight of the steel structure building, the reaction force at the bottom of the column is small, saving many foundation treatment costs.

Traditional reinforced concrete buildings have complicated foundation treatment due to their complex self-weight. More than half of the total structure cost will be used for the foundation in poor soil quality.

Steel structure buildings have large deformations before destruction, which is easy to detect and avoid. Simultaneously, due to the lightweight and the joints’ mechanical properties, the steel structure has the excellent seismic performance.

The interior space of the steel structure building is spacious, with a span of up to 60m. It can be expanded and rebuilt relatively easily, and various industrial pipelines can be flexibly laid out.

The span of traditional reinforced concrete buildings is limited, and prestressing technology must be used to achieve a span of more than 15m. The internal space layout is limited, and there are many columns and large space waste. After its completion, it is more difficult to persuade its structure. The structural design is more complicated to cooperate with other professions.

Bolts can connect the steel structure building, and it can be easily disassembled, transferred, and assembled easily without much expense, and has strong mobility. There is basically no possibility of movement in traditional reinforced concrete buildings.

Steel structure splicing includes splicing in the workshop and on-site. The splicing methods include welding and bolting. We should implement…

The Detail of Steel Structure Buildings

The steel structure buildings are the building in which the load-bearing structure made of building steel. The main structure is…